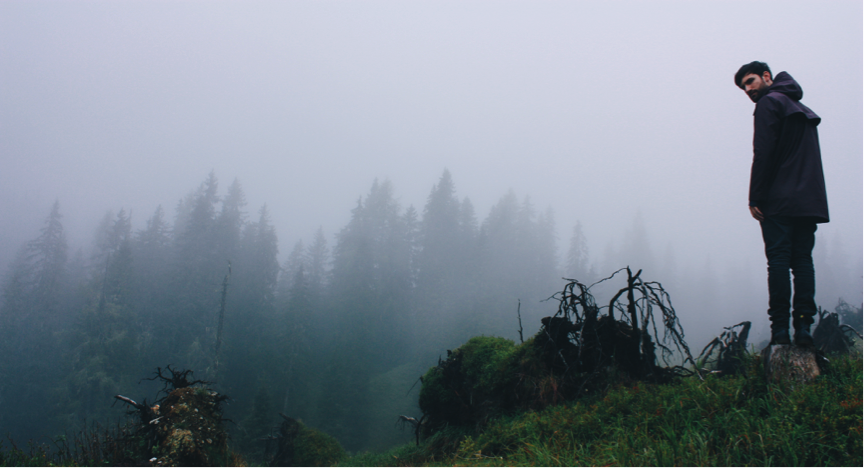 Petricolour marks a big moment for half-Austrian, half-Russian producer MOTSA aka Valerio Dittrich. This is his fourth EP but the first that he has he has released on his own imprint.

MOTSA’s previous EP was driven by emotion, with the menacing tones of Patience paired against the melancholy of Reincarnation. One of the new tracks, Colours furthers this more sensitive style with the vulnerability present in the vocal work of David Österle – voice of Hearts Hearts – whose lyrics and sighs slot into MOTSA’s work brilliantly.

Similarly, the vocals of Sophie Lindinger in Petrichor soften the harsh synths. The song takes on an almost ethereal quality in the accompanying video that features some stunning shots of a frigid Scandinavian mountainside with a burning building on its slopes.

Walked This Road is a song of contrast, with the underlying calm sliced through over and over again by a series of skittish beats. This repetition is symbolic of humanity repeating the same mistakes throughout history and perhaps a warning that this will continue.

The tense gasps and sudden changes in The Storm mean that it closes the EP sharply. The vocals on the other songs of the release calm the listener; The Storm doesn’t allow them this comfort.

The result of these four tracks is an emotionally charged EP that fits perfectly into MOTSA’s discography but is perhaps his most exciting release yet.

Check out the EP on Spotify.

MOTSA will be touring across Europe later this year.